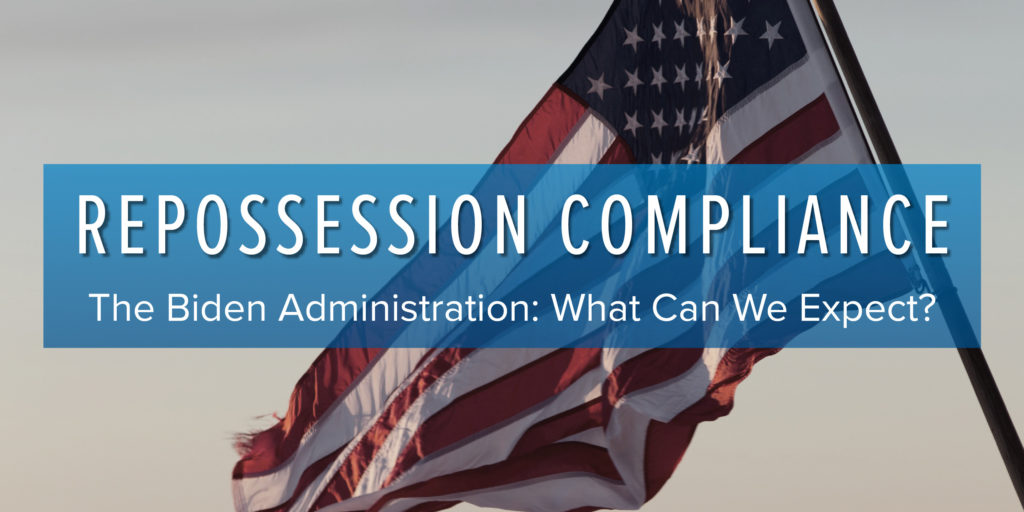 President Joe Biden’s nomination of Rohit Copra, as the new Director of the CFPB, may bring new challenges to lenders, forwarders and agents if he is confirmed. All will likely have to navigate through intensifying regulatory challenges, according to Hudson Cook partner Eric Johnson, who described the confluence of factors coming together to create a “perfect storm.”

Johnson recollected how the CFPB arrived as a result of the Dodd-Frank Act, which came to be following the economic turmoil of the Great Recession. The CFPB’s first director was Richard Cordray, who previously served as Ohio’s attorney general and took a law enforcement approach to regulating financial services.

“Being a former litigator and enforcer, I think that was his stance and viewpoint; ‘We can fix it through enforcement like we fix things through litigation,’” Johnson said. “It was very punitive driven. That’ really how this started at the bureau.”

Now Chopra, one of Cordray’s top CFPB staff members, has been tapped to serve as Director. While an official Senate committee voted ended in a tie, his nomination has moved forward in March. At the time of this post, the full chamber had not voted to install Chopra as the Director.

Johnson shared that his first reaction to learning Chopra was being nominated for the position was: “‘Oh boy! Here we go!  If you’re an industry proponent it’s very problematic. … The Cordray years on steroids is what I think we’re going to see,” Johnson added.

Even though he no longer was at the CFPB, Cordray’s influence continued as he wrote a whitepaper containing 16 points of action the CFPB should take during the COVID-19 crisis. One point focused on vehicle repossessions as Cordray stated last April:

There is an entire industry whose business is repossessing automobiles. Close efforts to police those companies are especially important for those consumers facing possible repossession of their vehicles. In much of the country, this is the only lifeline many families have: to get to work, to secure food, or to be able to access emergency medical care. The CFPB should lead an effort to work with Congress on putting in place a moratorium on auto repossessions for the duration of the crisis and its economic aftermath. It should also take steps to ensure that consumers facing possible repossession of their vehicles are informed, treated fairly, and have the remaining equity in their car or truck fully applied to the balance of their loan.

While Johnson didn’t say that Chopra will take those suggestion verbatim once confirmed by the Senate, the Hudson Cook partner pointed out the new CFPB director will have advantages none of his predecessors did.

“He’s been there before. He knows the staff and they know him,” Johnson said of Chopra, who not only has been with the CFPB, he’s also been one of the commissioners at the Federal Trade Commission.

“With all three of the former directors, they had a little bit of a ramp up period where they had to get to know the personalities and the staff and structures. Well, he’s not going to have any of those constraints. He can literally hit the ground running on day one. That’s a real problem if you’re representing the industry,” Johnson said.

“The industry appears ready for a challenge, according to Patrick Altes, who runs Falco Repo in Daytona Beach, Fla., and is one of the leading voices of the repossession agent community. Altes literally grew up in the repossession business through the operation started by his father.

When the CFPB first arrived, Altes called it a “sea change” and noted how the repossession industry responded by sharpening its compliance knowledge and skills, rolling out training focused on regulations such as the Fair Debt Collection Practices Act, the Gramm-Leach-Bliley Act and the Servicemembers Civil Relief Act.

Altes also pointed out how much more connected repossession agents, forwarders and finance companies now are because of web-driven communications tools and other best practices created by regulatory decisions. He cited an example of the enforcement action taken last fall against a captive finance company when one of the alleged infractions involved vehicle storage and the security of personal property.

“I think we’re all aware of once these enforcement actions have been taken, there have been discussions in the repo community of the nuances involved, for instance, handling personal property,” Altes said. “That sparked a lot of discussion about the practical nuances about that. I think the association level members like Allied, RSIG or the American Recovery Association and Eagle XX Group, they receive nothing but ongoing training and awareness about compliance issues.”

Nonetheless, Altes knows the landscape is about to change again now that Biden is in the White House and Chopra is likely to be the CFPB director.

“Now with a new administration, speaking from an apolitical standpoint, the proposed director is on the record as saying that he does have a bone to pick with subprime lenders and some of their collection practices like GPS trackers and starter interrupt devices. All of that stuff is very much on his radar. I think we should anticipate a renewed interest in what we’re doing by the CFPB,” Altes said.

Johnson echoed that sentiment, comparing the bureau to a maturing tree.

“It’s really grown up quite a bit and bearing fruit and withstanding the strong winds of political change. It definitely has been and will continue to be, if not more so, a force to be reckoned with,” he said.

Lenders, agents and forwarders should recognize these potential challenges and prepare now by review and strengthening compliance programs.

Get a free copy of the above article to share with your colleagues. Enter your information below and receive a free PDF.

This website uses cookies to improve your experience while you navigate through the website. Out of these, the cookies that are categorized as necessary are stored on your browser as they are essential for the working of basic functionalities of the website. We also use third-party cookies that help us analyze and understand how you use this website. These cookies will be stored in your browser only with your consent. You also have the option to opt-out of these cookies. But opting out of some of these cookies may affect your browsing experience.
Necessary Always Enabled

Any cookies that may not be particularly necessary for the website to function and is used specifically to collect user personal data via analytics, ads, other embedded contents are termed as non-necessary cookies. It is mandatory to procure user consent prior to running these cookies on your website.