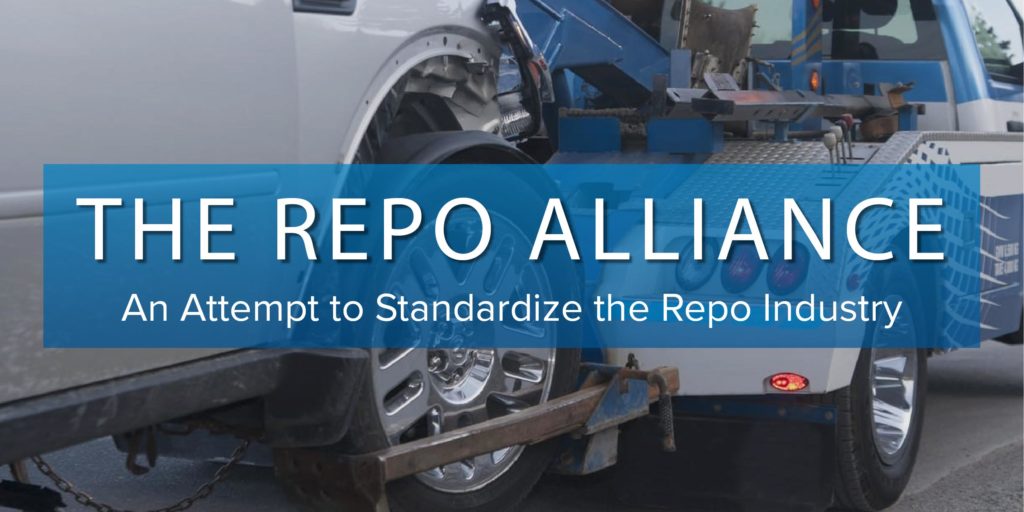 The repossession industry has been forced to act to protect itself in the current climate, intensified by the recent pandemic.

The Repo Alliance is a fundraising body that brings together several groups looking to serve a common interest. It started out with the American Recovery Association (ARA) and has since been joined by the California Association of Licensed Repossessors (CALR), Texas Accredited Repossession Professionals (Texas ARP) and Harding Brooks Insurance. Their goals are to change the negative image of the industry, educate legislatures on the vital role they play and fight language in bills that will damage the industry moving forward.

“We are an industry without a voice,” said CALR president Marcele Egley. “Hiring a lobbyist in Washington, D.C. will give us a voice to help us fight the good fight.” That was a thought echoed by Harding Brooks vice president Mike Peplinski, who added, “A lobbyist is needed for the repossession industry to protect the industry’s future. We are committed to helping in this cause.”

Whilst the Repo Alliance would undoubtedly have had a place before the recent pandemic, the precarious situation many industries now find themselves in has certainly made it a more important and functional project. Costs for repo companies have exploded in recent years, with the ARA suggesting: “For repossession company owners, the current financial landscape is precarious. With many are eager to get back to work, the difficult economic realities of the last few years have now been greatly compounded by the effects of the COVID-19 crisis.”

The impact of the crisis is clear to see, despite the predicted increase in repo rates over the coming months. The problem is not with the amount of business available, but the costs incurred by running a business under current conditions, the fallout from the past 10 months and that all-important legislation which could well look to further protect those who default, rather than those who repossess on behalf of a client.

It is not just the repo sector of the auto industry which is suffering at present, with parallels drawn between it and taxi cab businesses across the United States. In New York, yellow cab companies estimated that their fares dropped by 60% in March 2020 alone, before severe restrictions came into force. That, along with competition from less-regulated providers such as Uber, proves the yellow cab industry is suffering under current conditions in much the same way as other industries. Indeed, it could be argued that forming a taxi business is not a viable business option right now as far fewer people are able to travel even short distances. Even without new competition, existing providers are finding life very challenging, which is sadly the case across the auto industry.

At all ends of the industry, (manufacture, retail, repossession and even hired transport) the pandemic is decimating people’s livelihoods and making for an uncertain future, which is exactly why The Repo Alliance and other more established groups such as the New York Taxi Workers Alliance are hugely important. There are enough threats to business right now without having to worry about the lawmakers dropping a further bombshell, and The Repo Alliance will do as much as they can to protect an industry that repossesses two million cars per year in the United States and recovers billions of dollars for clients.